Sponsored Links:
Here you'll find free patriotic poems including Veterans Day poems, Memorial Day poems. There is also an feelings poem, for those whose loved ones are in the military. 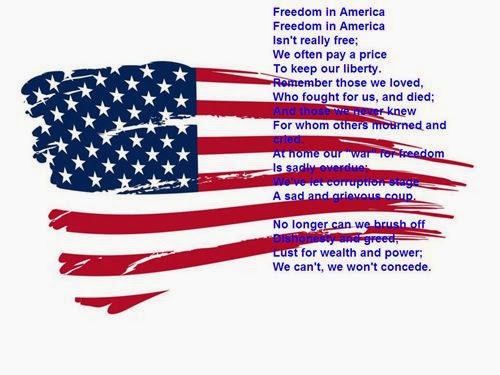 The first poems we give you is: "Freedom in America" Freedom in America Isn't really free; We often pay a price To keep our liberty. Remember those we loved, Who fought for us, and died; And those we never knew For whom others mourned and cried. At home our "war" for freedom Is sadly overdue; We''ve let corruption stage A sad and grievous coup. No longer can we brush off Dishonesty and greed, Lust for wealth and power; We can't, we won''t concede. Complacency is weakness Patriots can''t afford; We have to act on wrongs That cannot be ignored. We must give up some time, Spent on other pleasures, To restore America''s freedom, To keep America''s treasures. Money spent on trifles Must now go to our cause: Get rid of the offenders, Constitutional outlaws. Freedom in America Isn't really free It's up to American patriots; It's up to you and me. By Joanna Fuchs 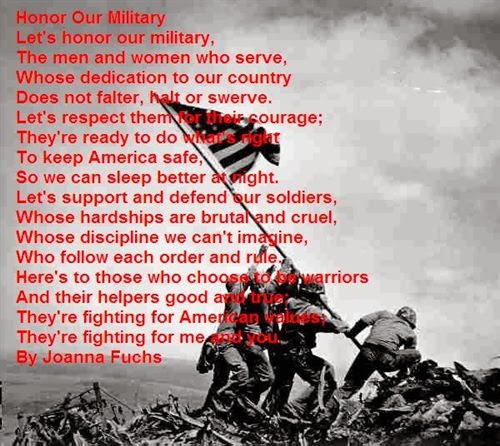 Honor Our Military Let's honor our military, The men and women who serve, Whose dedication to our country Does not falter, halt or swerve. Let's respect them for their courage; They're ready to do what's right To keep America safe, So we can sleep better at night. Let's support and defend our soldiers, Whose hardships are brutal and cruel, Whose discipline we can't imagine, Who follow each order and rule. Here's to those who choose to be warriors And their helpers good and true; They're fighting for American values; They're fighting for me and you. By Joanna Fuchs 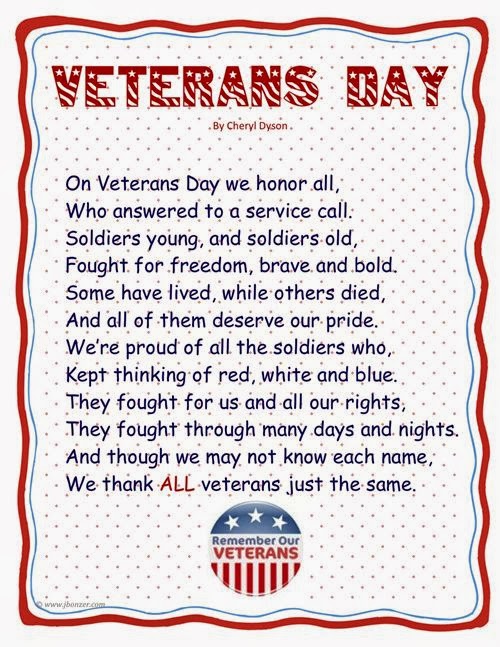